Successful "Down Under" Debut For PCGS at ANDA Melbourne Show

Successful "Down Under" Debut For PCGS at ANDA Melbourne Show 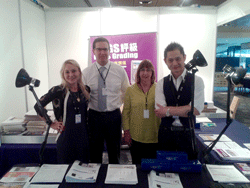 ANDA President Crellin stated: "We're really pleased you were able to attend and meet Australian collectors who are keen on the services PCGS provides.  The PCGS Set Registry is having a positive impact on the Australian coin market."

Collectors and dealers in Australia can submit their coins to PCGS through the PCGS Hong Kong Submission Center which now offers express service twice a month and on-site grading twice a year during the Hong Kong International Coin Show. 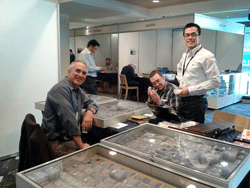 The PCGS Set Registry is quickly attracting attention "down under."

"There already are nearly 900 Australian sets now listed in the registry, including commonwealth and decimal coinage categories," said Don Willis, PCGS President.  "Collectors easily can register their coins in a secure, online environment that lets them compare their sets with other collectors and also track the market prices of their coins.  It's free and fun."

PCGS offers an unlimited lifetime guaranty of authenticity and grade.

Since its founding in 1986, Professional Coin Grading Service experts have certified over 26 million coins with a total market value of over $27 billion. PCGS now certifies the authenticity and grades of coins from over 100 countries.

For more information about PCGS services in Australia and Asia, visit www.PCGSEurope.com  or email [email protected]