In this 10th installment of the “Road to the Summer Olympics,” we move to the 1992 Games in Barcelona, Spain. The 1992 Olympics were held in a New World atmosphere – the Cold War was over, the Soviet Union was no more, Germany was reunified, South Africa was no longer apartheid. Spain won the rights to host the Olympics over five other countries bidding, including France, Australia, Yugoslavia, Great Britain, and Netherlands. It would be the second time the Olympics were hosted by a Spanish-speaking country.

With the collapse of the Soviet Union, 12 of the 15 countries that made up the Soviet Union competed as a single unified team, with Estonia, Latvia, and Lithuania sending their own teams to represent their own countries. With the separation and independence of states within Yugoslavia, Croatia, Slovenia, and Bosnia-Herzegovina competed as independent nations. South Africa returned to the Olympics for the first time since 1960 after the rejection of the apartheid state. Yemen competed as a unified nation. Namibia made their Olympic debut. Only four countries, Afghanistan, Brunei, Libera, and Somalia, didn’t send athletes to the 1992 Olympics.

The 1992 Games boast many athletic highlights. Fu Mingxia, at the age of 13, became the youngest Olympic gold medalist of all time, winning for China the gold medal in diving. Yet what the 1992 Olympics are most known for is the United States “Dream Team” for basketball. What can be argued as the best basketball team – or even sports team – ever assembled brought together the best basketball players to form an unstoppable force. Earvin “Magic” Johnson, Charles Barkley, Chris Mullin, John Stockton, Karl Malone, Clyde Drexler, Michael Jordon, Scottie Pippen, Larry Bird, Patrick Ewing, David Robinson, and Christian Laettner formed the team that brought home gold for the United States. The Unified Team of former Soviet States won the most medals, 112 with 45 gold. This was followed by the United States, notching 108 medals with 37 gold.

For numismatics, Spain joined the tradition of making and issuing coins of commemoration for the event. However, one divergence is that Spain issued circulation-issue coins along with the issues for collectors to buy. Two 25 Pesetas and two 50 Pesetas were made to commemorate the event. For collectors, 18 different silver 2,000 Pesetas coins were issued featuring different Olympic themes and sports on the reverse minted in both proof and mint state. 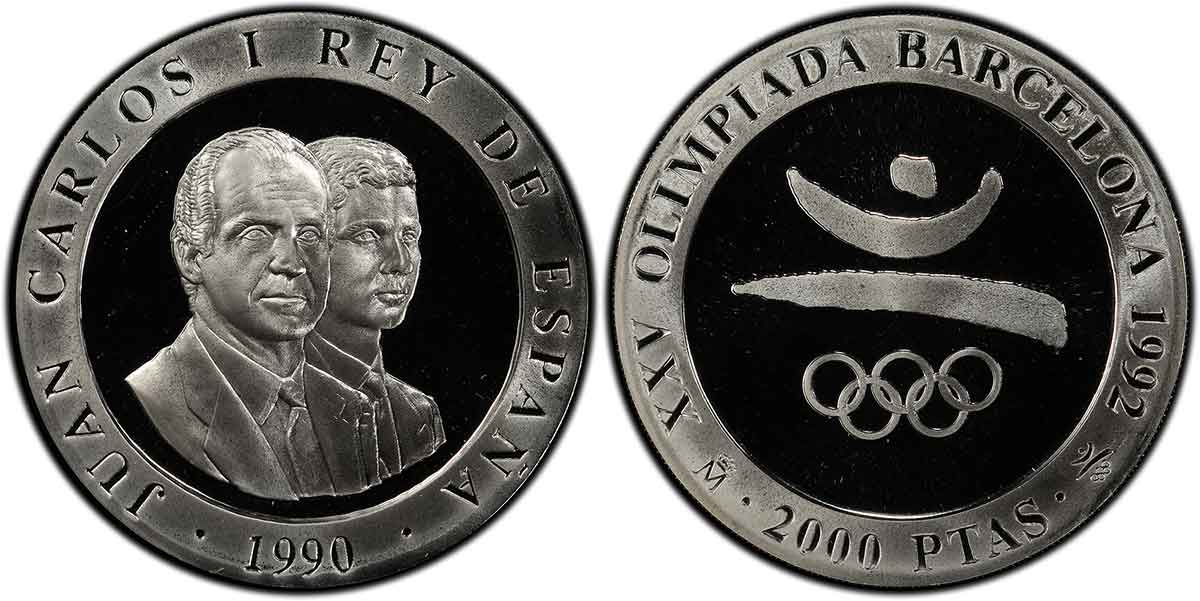 A total of 12 different gold coins were also issued as 10,000 Pesetas, 20,000 Pesetas, and 80,000 Pesetas in both proof and uncirculated finishes for collectors. A full set of coins from Spain for the Olympic commemorative issues is 60 coins. 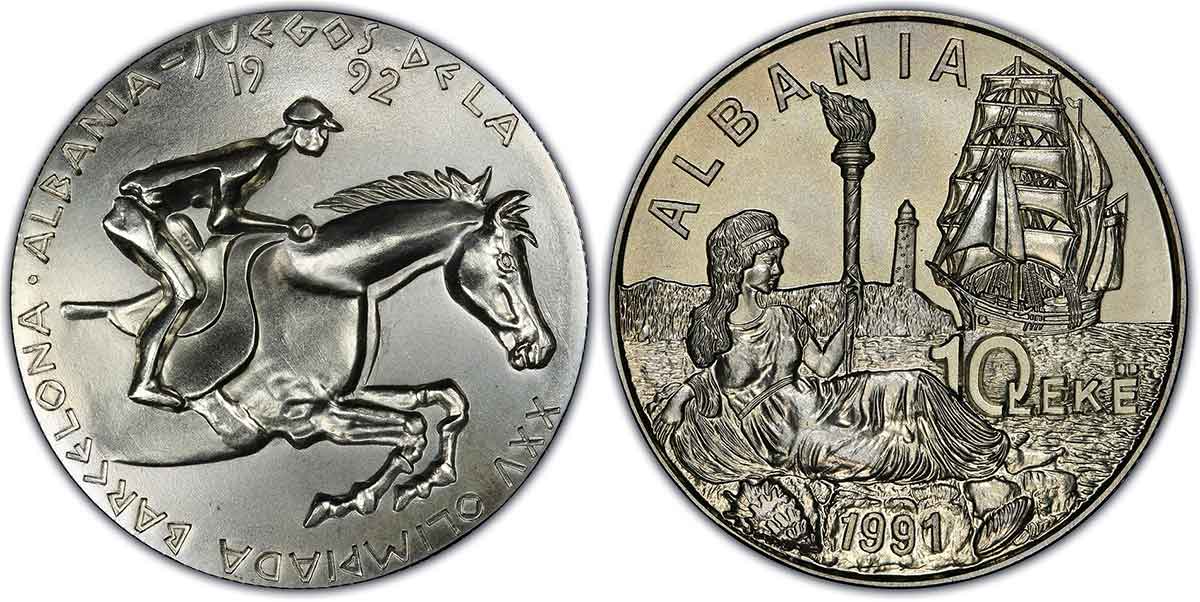 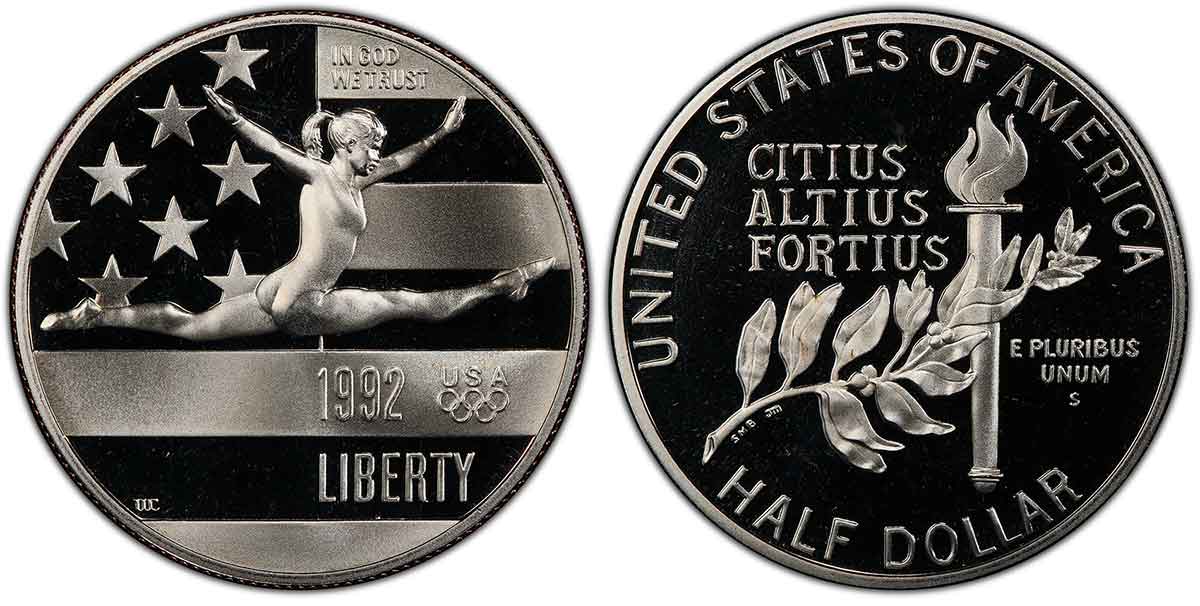 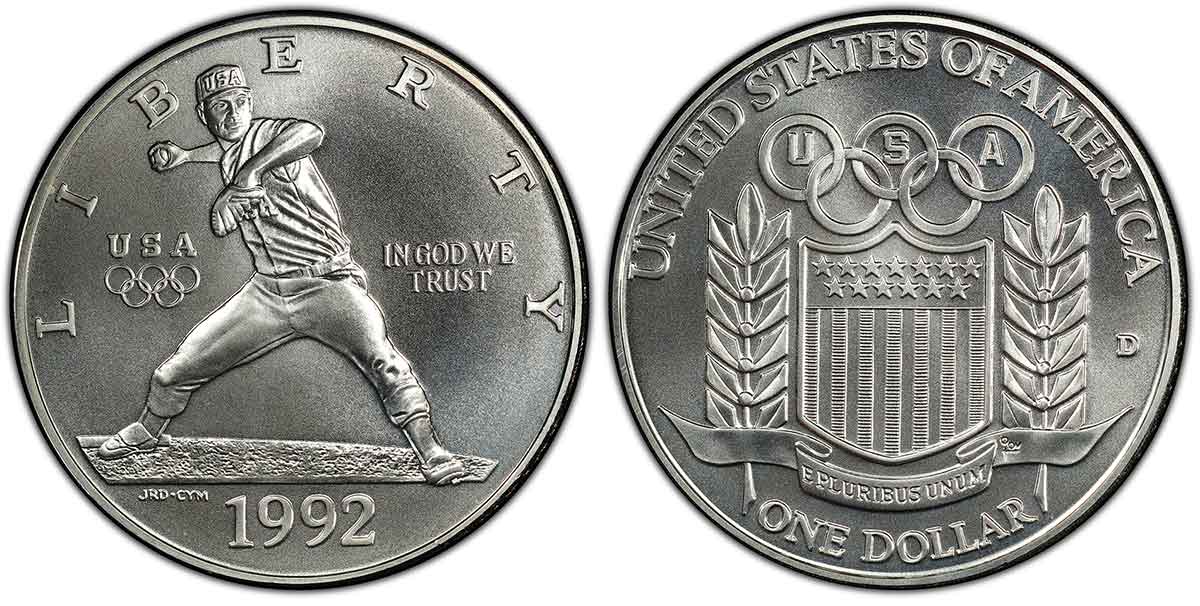 The 1992 Olympics in Barcelona was a success, showing the participation of 169 countries. With no boycotts issued or political strife as in previous Games, the focus moved to the sports. The world had changed but the ideal of the Olympics and the pride in one’s country continued.